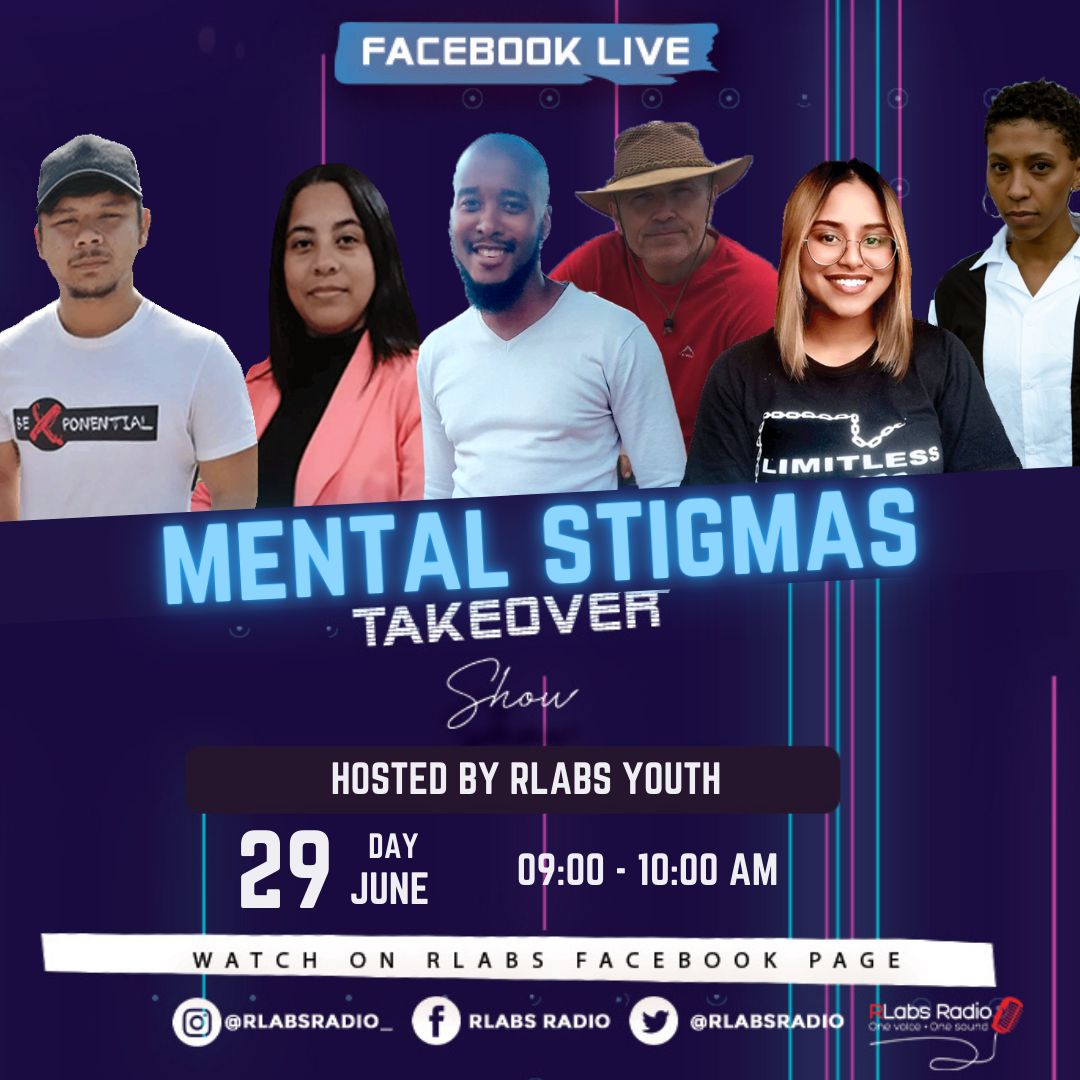 Takeover Tuesday hosted by the Rlabs Youth team. The Rlabs youth team takes to the radio to break down the stigmas around mental health and give some tips to the listeners to help manage with their own mental health issues.

The team opens the conversation with devastating statistics about the number of suicides that occur in a year with most coming from low to middle income countries much like South Africa itself. The statistics that were presented are recognized by WHO (World Health Organization.)

The stigma the group discussed was the stigma of Men cannot cry or display emotion as it could be considered a sign of weakness amongst their peers and communities. Leading to men acting quite hard at times instead of displaying their humanity.

Andrew Horne( Uncle Andy) discusses the three interlocking human needs: One of understanding your worth, belonging and your competence to know you have a contribution to make in this world. These three interlocking human needs can be seen across all cultures. Uncle Andy speaks of his experience with the young people from Cape Town and in particular the Cape Flats. Among those young people the family dynamic is where they would fulfill those interlocked needs or not experience fulfilling those needs. This Leads to them not having a place where they can know their worth, have a sense of belonging or understanding their contributions in this world.People then compensate for those things lacking by seeking it out in the wrong places, people turn to their peer groups for the fulfillment. This also leads to young people of the same background and experiences joining gangs to find and fulfil the interlocked needs in a misguided, illegal way. “It does provide some counterfeit sense of family.”

Nikita speaks about being sheltered growing up and experiencing a culture shock when getting to high school. She speaks about going for counselling and having older, female role models be what helps her through the difficulties she experienced.Nikita mentions that during scouting for model opportunities, she meets with a director who told her she doesn’t fit the role because of her skin colour. Nikita remarks that in the long run this instance probably damaged her confidence and self-image but counselling helped regain her confidence to return to the modeling field.

Mahzui mentions growing up in Soweto he could see the people around him, men young and old. Trying to not show emotion and be the strong, emotionless being that men are stereotyped to be or how men are told to act. For him things were different at home. It was his safe space, he had his sister who he could let out his emotions to. “When you lock up your feelings like that, they end up bursting out at a later stage.” He mentions the inequality between gender roles, his friends in the township speaking about him doing the dishes and that he should do that but his sister should. “There has always been that thing and I believe people are still practicing it now.”

Juleiga mentions that parents should check up on their children. If they seem to be distant and locking themselves away in their rooms. Creating a space for communication so that they can air their emotions and express themselves to someone so that it doesn’t bubble up and burst out of them later on.

Uncle Andy agreed and confirmed that parents should create a space of empathy and understanding for their children. So that they feel heard and understood.

“Who are you and who is the man you want to become.” Tarryn remarks about his own time trying to find himself and being asked a simple question. Inspired him to look back on himself and question his own understanding of himself. Changing his mentality as he grew.

The statistics mentioned in the conversation.

For the full comprehensive conversation and more visit: https://www.spreaker.com/episode/45491222