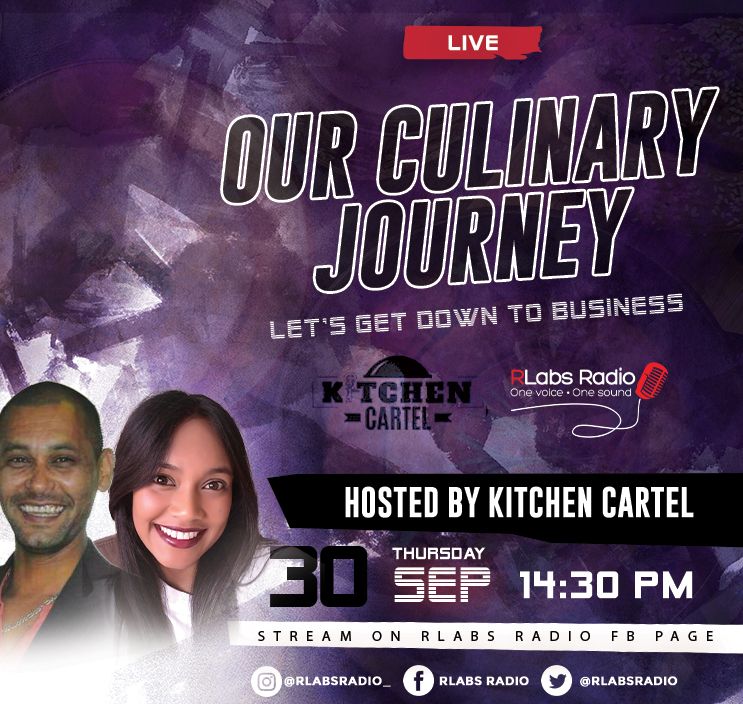 A common question asked to the Kitchen Cartel. “What about food inspires you?”

Ishmael and Kauthar remark that when it is a necessity to eat and when you eat you should be eating good food and food that makes you feel good. Kauthar enjoys cooking for people because in some way she influences the way people feel. In some small way, I’m actually contributing to you feeling good.``- Kauthar . Ishmael said: “Because it's filling, if something is filling and you are comfortable there after it just make you want to relax.”

The Kitchen Cartel started in 2019, but Kauthar and Ishmael mention that it could be considered before that because they started the company with a dream. They mention it was a talking about before realizing that they could actually achieve this goal that they had dreamt of in the past.  Kitchen Cartel started out selling curry to one of the businesses in the area as a form of incoming when starting out.

They joined some programmes to help further grow the business. They learnt a lot from programmes offered by Rlabs. Currently the Kitchen Cartel has come along from where they were in 2019, they became a registered business and have become very accessible through their social medias etc.

The Kitchen cartel has a lot coming up with the Rlabs radio and their business.

Kauthar also mentions the supportive structure she received from the Rlabs women VIP incubation programme. She also mentions the fact that people didn’t take them seriously until things truly started to materialize for the Kitchen Cartel. “People tend to not see the seriousness of your dream until it starts to materialize…It is important as entrepreneurs to have that support.” –Kauthar

Ishmael regales the story of when he stayed on his own and had a few people over. He chose to make a shrimp curry to impress his guest. He mentions having an empty salt container and refilling it with the familiar “blue and white salt brand.” When eating the food however it didn’t taste of any salt and Ishmael kept adding “salt” to the meal. He had been adding caster sugar to his meal.

The story is an example of how important it is to learn to cook and check your ingredients.

Check more of the Kitchen Cartel on their socials and also on Rlabs Radio facebook page and Rlabs.fm.